The same as most other blokes, I’ve been a bit of a petrolhead since I was a little boy. Throughout my adult life a chunk of my disposable income has ended up going on cars. In chronological order my history is as follows; 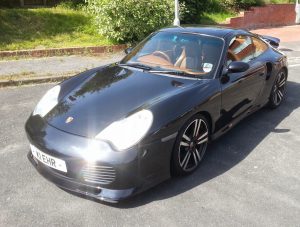 As I’ve gone through these cars I’ve been less and less inclined to work on them, for fear of making an expensive mistake (or leaving myself off the road). We now have a budding family though (8yr old daughter and 1yr old son), we’ve finished renovating downstairs in the house , I commute by pushbike & train and we own a 1.6 Ford Focus.

It’s time to do what I’ve wanted to for a number of years. Build and enjoy a kit car!

Over the coming months (and possibly years) I intend to keep a record of the challenges, joys and pitfalls of building my own SR2 RoadRunner. I’ve put the deposit down on a kit a couple of days ago. Before getting down to it, I’ll put together a few posts on

Some of the jobs I mentioned above (head gasket) and a few services are about as sophisticated as I’ve ever gotten. This means that even stripping down the donor car will be a challenge