As I’ve said in a previous post, one appeal of building an SR2 Roadrunner is the fact that it uses an MX5 donor. These are currently abundant in the UK, plentiful under £1,000 and by all accounts a decent car in their own right.

So… How do I get the right one?

Taking it one version at a time:

Where do I find it?

My method for searching was pretty simple. I set-up email alerts on the following;

Anyone else have a suggestion for other places to hunt?

What am I looking for when I buy it?

The following was the checklist I was working to. I don’t claim it to be comprehensive as I’m far from an expert;

If you want something a little more thorough then here is a good guide on pistonheads http://www.pistonheads.com/gAssing/topic.asp?h=0&t=803271&mid=0&nmt=Common+MX5+Faults+%2F+Buying+Guide.

To be honest though, I was looking for “good enough”… At the right price… And near enough to home that it’s practical.

What did you end up getting?

So… After looking around for a month or two, I found a 1.8i S NB in Edgeware for £750. This was a 2 hour train journey for me the day before New Year’s Eve (my wife refused to drive on the motorway to take me to buy a banger she didn’t want around). With this much of a round trip I was crossing my fingers it was good enough to buy!

From the advert it sounded work a punt. It had 116k miles with a recent timing belt change, only 3 owners, new rear tires and rotting bodywork. One guy had owned it for most of its life and maintained it well. The most recent owner was selling up to move up to Manchester with his girlfriend.

Inside the engine bay had no sign of leaks or a mess, brake disks weren’t pitted and the tires turned out to be good all round. The only off-putting thing was a rotten heat shield at the bottom of the manifold rattling around and making it hard to listen out for anything else.

I ended up paying him asking price (as it was priced fairly in the first place) and have enjoyed driving it around for the past few weeks. All I’ve done since is give it a good clean (my daughter washed her hands after getting out of it for the first time), changed the coolant / oil and removed that rattly heat-shield. 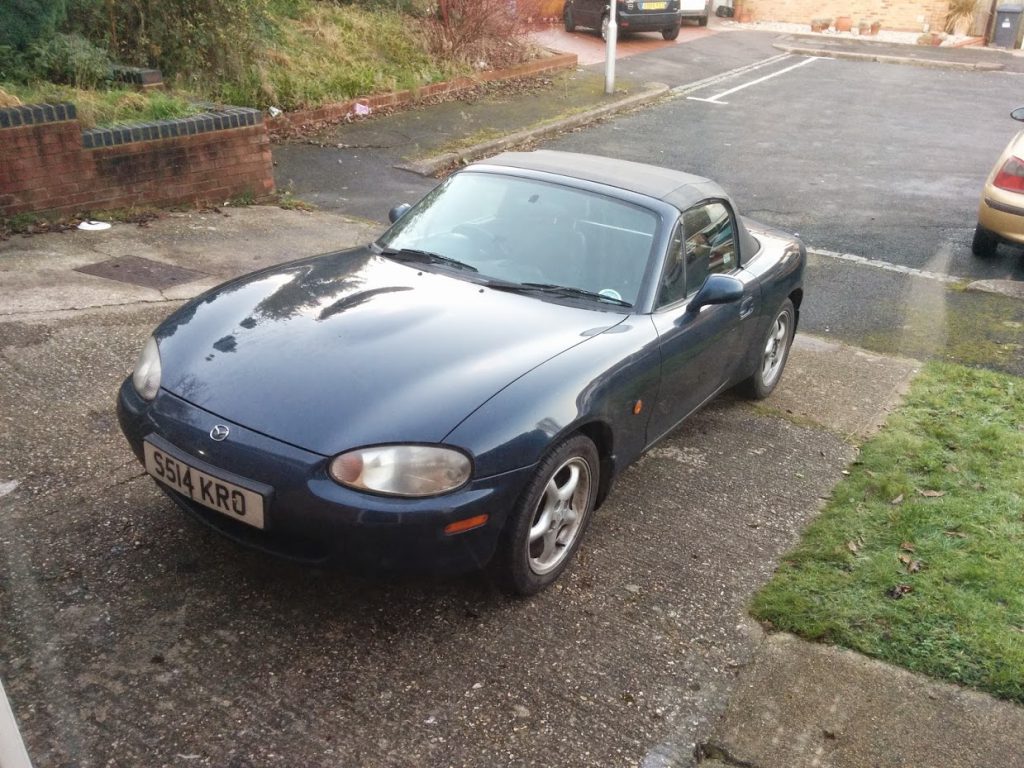 Next thing to do is secure the garage properly and clean it up a little before cancelling the insurance and getting to work on stripping the donor!