Recently I took a few days off to start stripping down the donor mx5. I was a bit scared but also a quite excited to get started. In terms of preparation, the things I found most valuable were;

Roughly following the MEV guide for stripping down a Miata, I decided to get the roof off and start tackling the interior first. Give me some room to work and warm up on some low value parts. 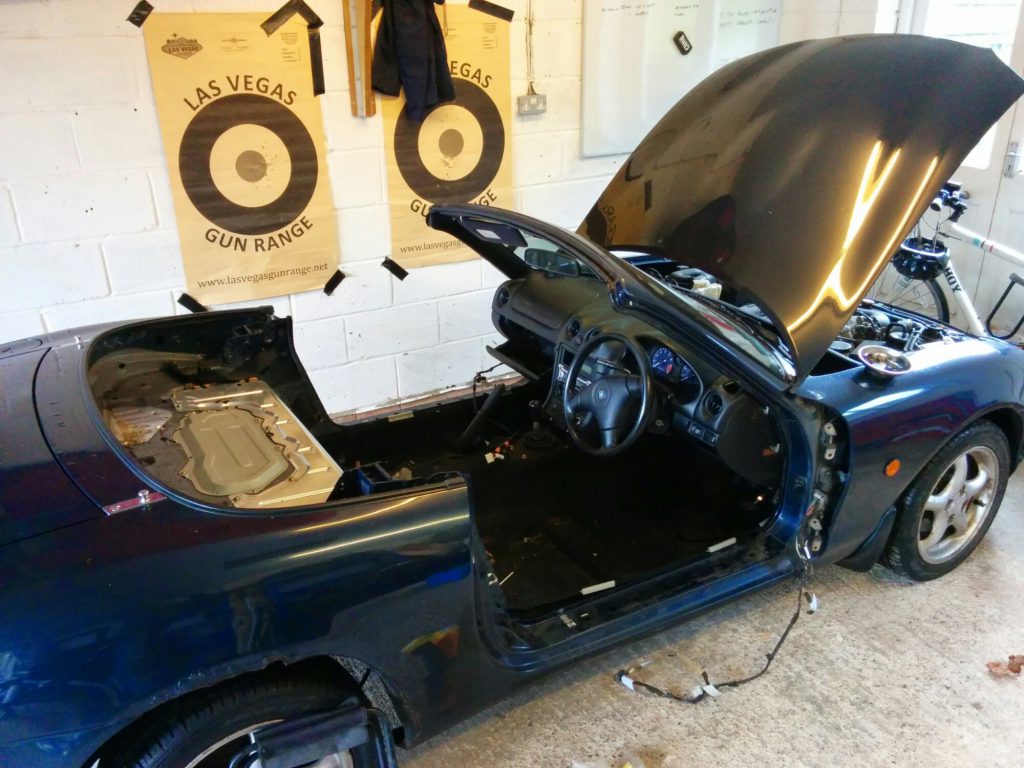 The roof is pretty easy to get off with a torx key here and there. The seats needed an impact bar to get the bolts moving. While getting the wiring loom out of the door, the needle nose pliers worked really well for pinching the release on the plugs at the same time as pulling straight out. One thing I wish I’d know at the time is that the door wiring loom has a plug between the dash and outer shell. It’s easy to unplug and get it out of the way.

It’s mentioned in the MEV page but I’ll re-iterate it… Label absolutely every plug on the loom!! You will forget where they came from within 30 mins

Something else that would have been useful to know from the Haynes manual. 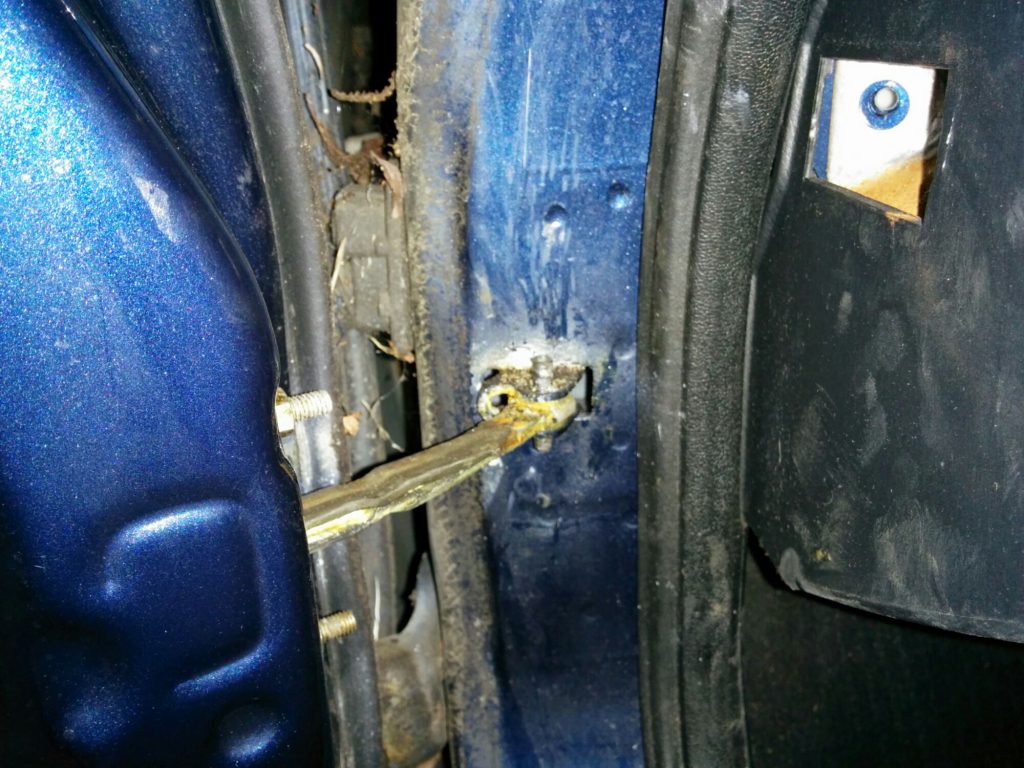 When you take this pin out from the retaining thingy on the door… It needs to go up and not down!! It’s basically a bit of a cone shape and just needs a couple of gentle taps upward with a hammer. 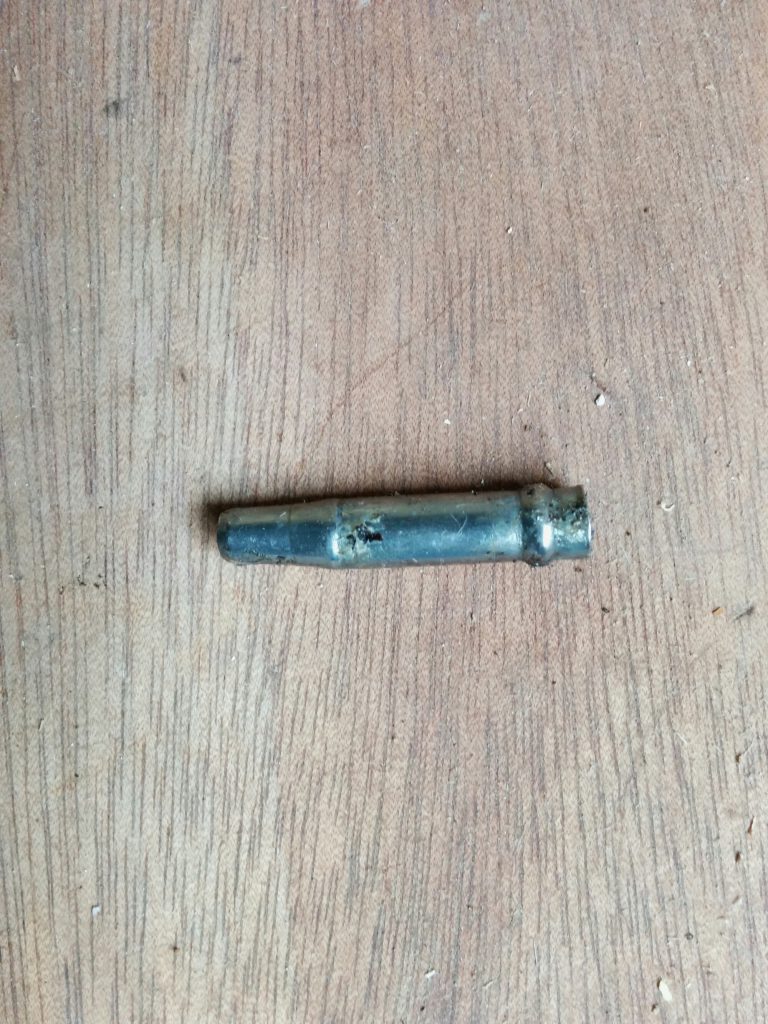 By this point I’m just beginning to uncover the tips of the wiring loom, so figure it’s probably best to tackle the dashboard. The idea being I can get it stripped back to bare bulkhead and carry on practising with bits I don’t need… Before going on to the engine bay.

With hindsight there is a good methodical way to strip out the wiring loom. The hub for all wires focuses around the fusebox in the driver’s foot well and the engine bay fuse box on the opposite side of the bulkhead. From there the loom forms a big H terminating in the light at each corner of the car (plus wrapping around front right a bit to connect to the engine) 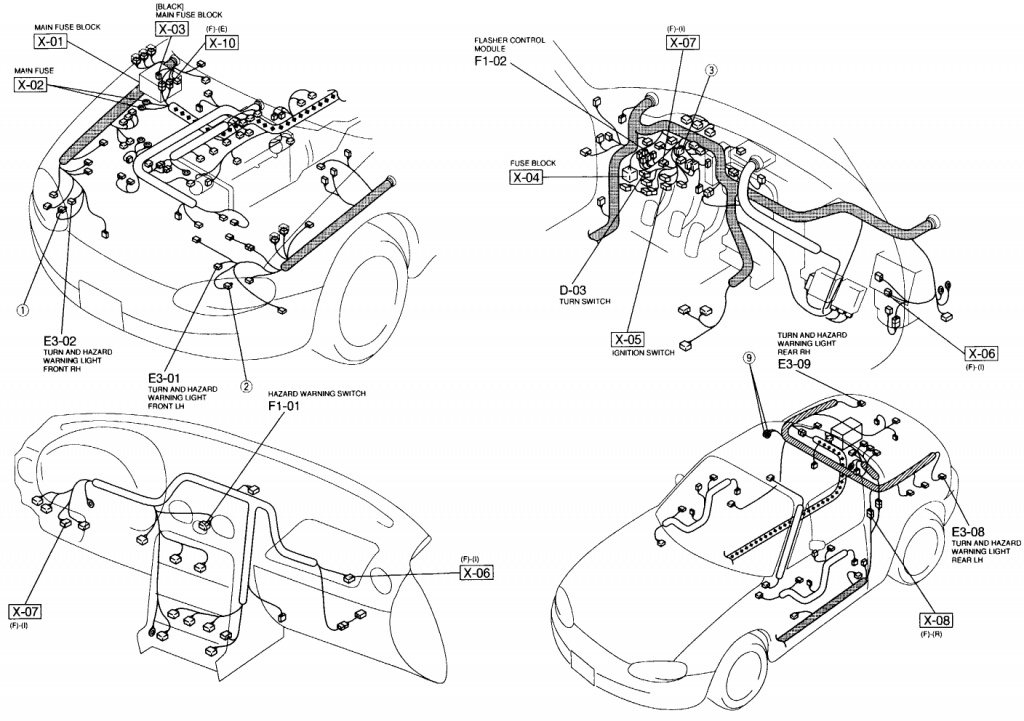 The best way to tackle it is to start from each corner light and trace in toward the fuse boxes. That plus following the instructions on the MEV site around removing the dash and a liberal sprinkling of Haynes manual gets me to this. 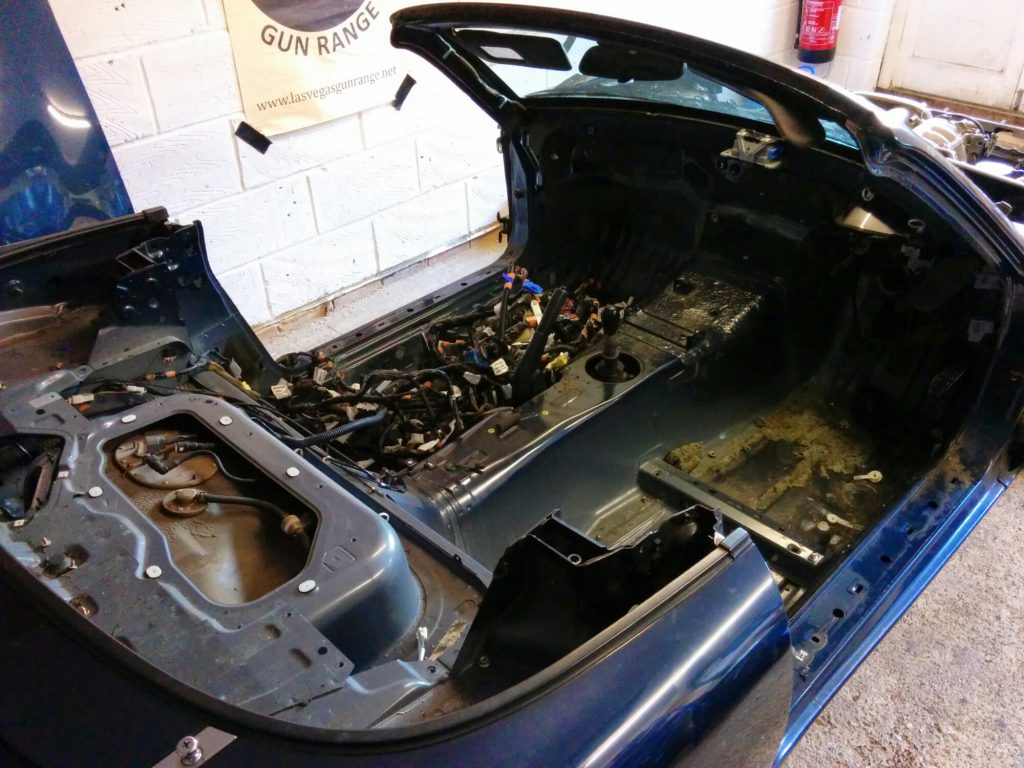 That’s the wiring loom coiled up in the passenger foot well. I’ve still not decided if I’m going to try and re-use it or go straight for the megasquirt loom sold by RoadRunner. If I don’t dick around with it, it’s worth around £200 as long as someone buys it. If I do decide to reuse it I need to be careful to keep;

From here I stripped down enough of the engine to be able to lift the body up and over. 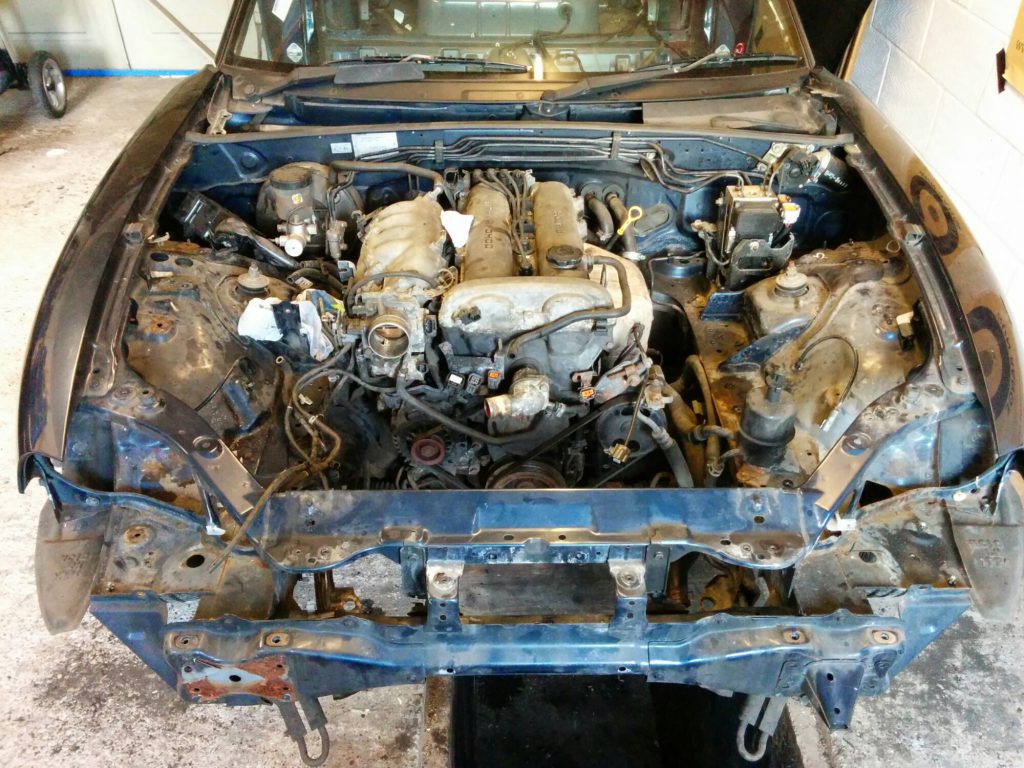 As well as removing most parts that I think might have value. In all this has been around 2 days work as a 1 man job so far. Main things left to do are